We're Getting Mutants in the MCU - The Loop

Ka-Mar is a Class I planet, second in orbit from its sun, one of two Class I planets in its solar system of ten, and with approximately 1,000,000,000km2 surface area is the fourth largest in the system. It is home to the Id-Thum (see Id-Thun) and a large variety of other species ranging from Class VII to Class IV.

Ka-Mar orbits its sun once every 325 Cradle days. Its tilt is notable because inhabitants don't experience what is largely considered a normal day/night cycle in which there is a portion of the day lit by the sun while the rest of the day is spent in darkness. Tilted at 90°, one pole of Ka-Mar is facing the sun at all times. If a traveller moved along a line of latitude from the light pole to the dark pole, the sun would do a slow, lazy spiral down to the horizon until it finally disappeared as he crossed the half-way point between the light and dark pole.

For a non-travelling Id-Thun on the lighted half of Ka-Mar the sun merely circles in the sky, making it very difficult to understand the time of day by looking at the sun's position alone. For an Id-Thun on the dark pole it's impossible, as they never see the sun. Instead, time is recorded through the rising and setting of Ka-Mar's moon, Ka-Mav.

Ka-Mav orbits Ka-Mar in such a manner that it passes directly over both the light and dark poles. This makes telling time of day much easier. Ka-Mar's axial rotation makes it so Ka-Mav never appears to pass in a straight line to anyone planetside, but it does still appear on one horizon and sets on another. Days, then, are decided by the rising and setting of Ka-Mav.

Ka-Mar is host to a very wide range of both habitable and in-habitable zones. Its oxygen rich atmosphere would cause humans to feel an oxygen high at all times, but is well suited for the Id-Thun whose brains require a larger amount of oxygen than the average complex lifeform. While the amount of oxygen necessary for life is available planet-wide, there are many areas of Ka-Mar were other issues prevent habitablity.

81% of Ka-Mar is water, however, allowing plenty of life to flurish in the life-sustaining band of the planet. The variety of flora is similar to that of Cradle, everything from coniferous, to tropical, to desert flora can be found. Fauna is equally diverse, ranging the entirity of the band with both very small and very large organisms. 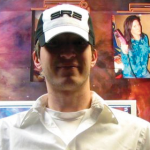